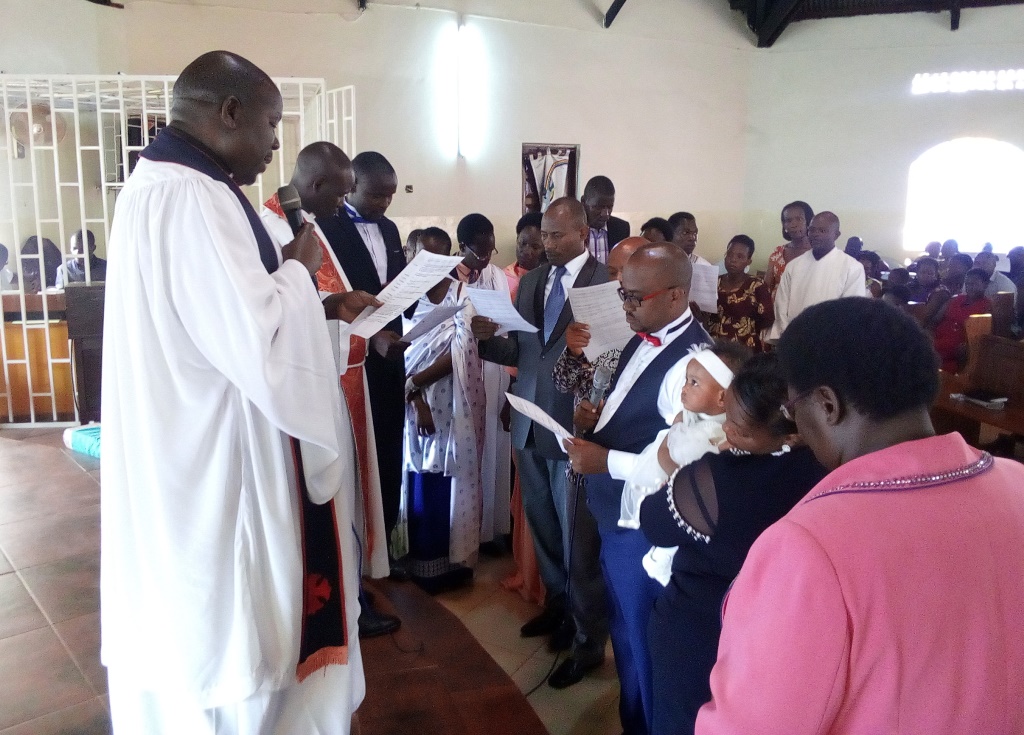 Psalm 128 is called the marriage prayer, because it was always sung at the Israelite marriage ceremonies. It emphasizes the importance of honoring God in all that we do. This is what opens the door of blessings in every family. Jesus Christ echoes the same message when He says: “Seek first the Kingdom of God and His righteousness, and the rest will be added” (Matth. 6:33). As we talk about the role of a father in the family, we shall reflect on Peter as a family man who followed Jesus Christ to the end. This is bearing in mind that it is St Peter’s Day.
Who is St. Peter?
He was the son of Jonah (John), also referred to as Ba-jonna, born in Bethsaida and lived in Capernaum- both places being around Lake Galilee (Tiberias). A married man though the name of his wife is not mentioned (John 1:44). Had a brother called Andrew who brought him to Jesus Christ (John 1:40). His original name was Simon which means (hearing). When Jesus saw him, on this first meeting, He named him Peter (Cephas) which means a small rock (John 1:42). Peter continued with his occupation as a fisherman after this call. His turning- point was when Jesus found him with his coworkers and used Peter’s boat to preach to multitudes by the Lake of Galilee. Peter and his team had spent the whole day fishing and had caught nothing, but that day they caught a lot of fish. This time Simon Peter recognized his sinfulness and his unworthiness before God! He fell at Jesus feet saying: “Go away from me, for I am a sinful man.” In response to this open confession, Jesus said: “Do not be afraid; from now on, you will catch men.” From that time Peter left everything and followed Jesus (Luke 5:10-11). Although he left his business to follow Jesus, we are not told that his family lacked anything. Yes, he had his weaknesses, but he was a repentant man. When he remembered that he had denied Jesus (his master) , he quickly repented in tears and was forgiven and restored ( John 21). He was transformed from being a hearer of God’s word to a public preacher of God’s word. He helped John Mark to write the Gospel and he also wrote 1 Peter and 2 Peter before he was martyred. It is said that he died in Rome as a martyr at the hand of Nero and was crucified upside down.
St. Peter’s Emphasis on Husbands’ Responsibilities in the Family (1Peter 3:7-8).
1. Being considerate towards the wife -take time to understand and to love her. Being kind to her (Ephes. 5:25).
2. Treat wife with respect- While men want to be respected by their wives, the Bible tells us men to respect our wives by protecting, honoring and being faithful to them.
3. A husband should praise and highly treasure his wife: Remember they are one and “whoever loves his wife loves himself”( Ephes. 5: 28-29).
4. Treating them as joint heirs in the grace of God and salvation. Treat her as co-worker and help-mate because she is not inferior. If a husband fails to be considerate, to respect and to treat his wife as a joint heir, his prayers will be hindered because fellowship with God depends upon ones fellowship with His people. Jesus emphasizes this when He says: “If you have a problem with a fellow believer, you must first settle it before going to worship God” (Mathew 5:23-24). If a man uses his position to mislead his wife, his relationship with God will suffer.
5. Provide servant leadership to the family, a husband should promote: harmony (unity), humility and concern for others (1 Peter.3:8).
6. Strengthening His own relationship with God: this determines his relationship with spouse, children and community.
7. An overseer of his family. Responsible for the ministry of intercession, teaching, instructing, disciplining by correcting the wrong while rewarding the good. Provide pastoral oversight to every member in the family knowing that he will give an account before God on the day of judgment (1 Peter 5:3-4).

Other roles and responsibilities of a husband as head of the family
8. Parenting: While “parenting” is a process of caring and bringing up children to maturity, and is vital in transforming future generations for Christ, most men leave it to the mothers. They claim to be too busy working for the children with whom they do not relate. This is a big loss! Every child needs the love and care of the father. Children brought by mothers without fathers get deficiencies which otherwise would have been avoided. There is great need for unity between father and mother in parenting especially in Christian families.
9. Leading by example: Children will watch more than they hear. Let your good works shine before them. They watch your prayer life, your love for God’s word, the time you come home, the way you respond to challenges and suffering in life. Let Christ be seen in all these!
Joshua’s example (Joshua 24:14-16)
1. Personal responsibility- Right from his youth, Joshua makes it a point to know God by reading, studying and meditating upon God’s word. Not only does he do this, but he also obeys God’s voice (Joshua 1:5-7, Josh 11:1-15).
2. Community responsibility-He shares God’s word with his people and community saying: “Now fear the Lord and serve Him with all faithfulness” (Joshua 24:14).
3. Family responsibility- Joshua is not only a public figure but he settles down with his family to learn more about God. While challenging others to obey God’s word, he uses his family as an example saying: “Choose yourself whom you will serve….. as for me and my house hold, we will serve the Lord” (Joshua 24:15).
In conclusion, every Christian husband has a responsibility of leadership over his family in reading the bible, praying and providing the needs of the family. The man is called to be God’s representative to bless his wife, his children and every member of the family. Where man dies or fails in this responsibility, the wife takes over this priestly ministry. Also in the absence of parents, Christian children are called to do this ministry so that every family is blessed.

Questions for Cell groups
1. Read 1Peter3:1-7-8, & Ephesians 5:22-27
• Identify the main responsibilities of a husband mentioned in these passages.
• How do they help you in your daily life as Christian?
• Prayerfully, consider areas in your family that need change and plan to work on them.

THEME: TAKE THIS CHILD AND NURSE HIM FOR ME EXODUS 2:9